Supercharge your youth group meeting by starting an argument

Nobody is bored during an argument.

I'll never forget attending a spiritual warfare conference where a husband/wife got into an argument. She was speaking and he heckled her from the audience because of something she said and the fireworks began.

At first I thought it was a skit. It wasn't.

Yes, it was super awkward...even painful to watch. But, on the bright side, nobody was bored and everyone was fully engaged. 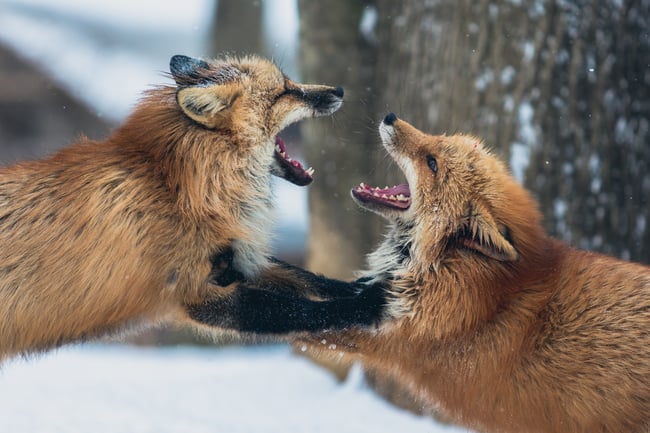 Photo by CloudVisual on Unsplash

There's nothing like a good, old fashioned argument to pump adrenalin into a boring meeting and liven thing's up.

And Jesus started them everywhere he went. He did it by asking hard questions and then letting people wrestle through them. He asked questions like,

"Why are you thinking such things in your heart?"

"Who do people say the Son of Man is?"

"How are you to avoid being sentenced to hell?"

And on and on the list goes. Jesus asked hundreds of questions in his three and a half years of ministry and triggered tons of arguments in his question mark wake.

Of course we need to make sure that we referee well and keep the tenor of the argument in the attack-the-issues-not-the-person zone. But we, like Jesus, need to kick the tough topics bucket over and utilize the Spirit of God and the Word of God to help mop up.

Think of the hard question that is under all of this, "Do you think you're any better than those 'sinners' who died horrible deaths?" Of course they thought they were better. But Jesus made it clear that they weren't. I'm sure when he left the room an argument of Biblical proportions ensued.

Years ago Dare 2 Share did a series called Gospel Journey Maui that was based on hard questions asked of a Mormon, Muslim, Buddhist, Jew (and more) as we were in Maui for 8 days with a camera crew. The arguments that eventually ensued were epic and the results were amazing!

Practical Hint: Ask a hard question and then let it sit out there until someone answers. Let the awkward silence work to your advantage (awkward is awesome remember?) And then, once teenagers have shared their views/answers, open up the Scriptures to demonstrate how God's Word answers that issue.

So here's a question for you to answer: Why haven't you adapted the Gospel Advancing philosophy to drive your youth ministry efforts yet?