Rallying in the aftermath of catastrophe! 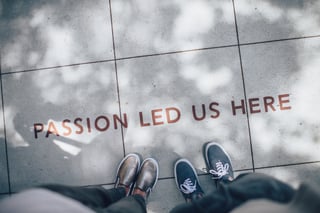 Three days after 9/11 the ministry I lead, Dare 2 Share, was slated to do our largest student training conference of the year in my hometown of Denver, Colorado. Thousands of teenagers were already signed up and we believed that God was going to do something great.

But then we got the call.

The call was from the officials at this venue who were going to shut the event down. People were nervous, they said. The city didn't want to risk having thousands of teenagers gathered in a single place just a few days after the largest terrorist attack our country had ever seen.

We called a meeting as quickly as possible and drove the thirty minutes from our headquarters to meet with the officials. They were visibly shaken. Yes, we had a contract but they wanted to cancel it. I prayed for God to give me the words and said this,

"I want to challenge you not to cancel this Dare 2 Share conference. This can be a rally point for teenagers across this state and beyond. This will be just what they need after a few days of nerve-wracking, gut-wrenching news reports and video clips. After all, we're Americans. And as Americans we don't run from the fight, we run to it. We don't run from the danger, we run toward it. And the teenagers we are gathering are Christians. We thrive in the face of threats. We grow in the face of persecution. And we worship in the face of danger."

To their credit the officials said yes to the event and they were thrilled that they did. Teenagers needed an escape valve from all the bad news and our conference was just was needed. Teenagers worshipped Jesus at the top of their lungs. They served the needy by collecting canned food for the Denver Rescue Mission. They shared the hope of Jesus across the city of Denver verbally and viscerally.

The once-every-1,000-year-flood event that hit Houston and large parts of Texas is a tragedy that has struck America hard and Texas even harder. But even now, as the waters are just beginning to recede, Texas resolve, is rising even higher.

It's not time to run, it's time to rally! And that's exactly what the churches of Texas have done. I'm hearing countless stories of how churches have become outposts of hope for their communities all across the massive flood zone. These churches provided food, water, shelter, community and the hope of Jesus Christ!

And now Hurricane Irma is set to explode across Cuba and up the state of Florida into Georgia and beyond. But, just like in Texas, churches in the Southeast will rally to pray for, care for and share the Gospel with those who've been impacted by the biggest hurricane ever recorded in the Atlantic Ocean. God will bring triumph out of tragedy. God will rally his people to shine the light under storm darkened skies!

On September 23rd our ministry is rallying tens of thousands of teenagers from coast to coast. Dare 2 Share Live is praying and pushing toward mobilizing 50,000 teenagers across America in a single day! We will mobilize them to pray for their cities, collect canned food for the hungry and hurting, and share the Gospel with the lost.

Our plan is to bring some good news to a season that is full of bad news. Between the once-in-a-lifetime hurricanes to the devastating fires to a country divided by politics and race, it's time for some good news! It's time to rally the church to be the church!

Wouldn't it be just like God to use a generation of teenagers to set the pace of igniting his church to unite a country through a bunch of Red Bull-fueled, Spirit-filled, Gospel Advancing teenagers?