Is youth ministry a BIG strategic focus in your church? It should be!

Youth ministry is often dismissed as something less than strategic in far too many churches. Some even view it as a kind of glorified babysitting. In their thinking, teens need just enough games and God to keep them coming back....until they are old enough to make a difference in the church.

The unspoken implication is that teenagers aren't "real members" until they are old enough to have jobs, give offerings and serve in the big boy/big girl roles of the church. 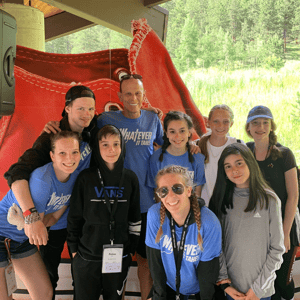 But Jesus didn't wait for the disciples to get out of their teen years to appoint them as "real" apostles. He appointed them to lead the charge while they were still in their teen years.

Do you find that hard to believe? Then check out Matthew 17:24-27 where Peter, Jesus and the disciples go to Capernaum but only Peter and Jesus pay the Temple Tax. If you cross reference this passage with Exodus 30:14 you'll see that this particular tax, originally the Tabernacle Tax, was only applicable to those 20 years and older.

All the disciples were there but only Peter and Jesus paid the Temple Tax. That means that, 11 of the 12 apostles, were teenagers when they began to follow Jesus.

Why in the world would Jesus choose mostly teenagers to lead the charge for the most important mission in history? Wrestle with that question!

How can you utilize and mobilize the teenagers in your youth group for community-wide impact like Jesus did? Wrestle through that question too!

Here's a few realities to think about as you do:

Almost 70% of those who trust in Christ as their Savior do so by the time they are 18 years of age. Let that sink in for a moment.

If I was a businessman and I knew that 70% of those most likely to purchase my product were 18 years old and younger, then I'd put at least 70% of my marketing dollars into reaching them.

But most churches do the complete opposite!

The typical church focuses the majority of their marketing (aka "outreach") dollars into reaching the adults in their communities for Christ. From Christmas pageants to Easter outreaches to special sermon series, the majority of our church-wide efforts and budgets are put into reaching adults for Jesus.

Meanwhile, the majority of youth ministries across the United States today are vastly underfunded. I talk to youth leaders from coast to coast who have to scrape and scrap by to raise enough money to for camps, conferences and curriculum. With a lot of prayer and a little duct tape, they generally pull it off. But they have to work extra hard to make it happen week in and week out (fundraisers, letters to parents, etc.)

It's a shame so many youth ministries are undervalued and underfunded.

Down deep inside, there must be an inner voice that whispers in church leaders' ears things like, "Well adults are the ones who are going to fund this church, not teens or children."

But since when did church outreach become about building church budgets? As the church our currency comes in the form of souls saved, not checks cashed. And, because teenagers are far more open to the Gospel than adults are, we must, as the Southern expression goes, "get the gettin' while the gettin's good."

2)  Teenagers can spread the Gospel faster and father than adults.

The average teen has more than 425 online and face to face friends. With the push of a button they can create an online conversation with hundreds of their friends. I've witnessed this again and again at our Dare 2 Share events.

During Dare 2 Share Live, our live simulcast evangelism equipping event broadcasted into 100+ cities nationwide annually, thousands of teenagers send out Gospel conversation starting videos to their friends and their feeds. During our last event just a month ago 22,600+ Gospel conversations were launched in one day by teenagers from Anchorage to Puerto Rico.

Many of them are still navigating those conversations weeks later. 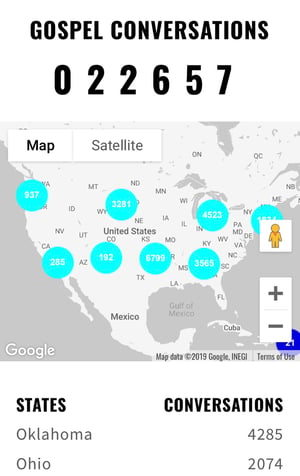 Generation Z, the current generation of teenagers and early twenty somethings, have been nicknamed "digital natives." In other words they have never known a time without screens.

Let's not just rail against the dangers of temptations of technology, let's help our teens use technology for good. Let's turn "The Devil's Weapon" against him. Let's mobilize our teenagers to use their phones to spread the hope of Jesus to all their spheres of influence.

In addition, let's equip them to navigate face-to-face Gospel conversations with their classmates every single day at school. As teenagers are trained to share their faith and unleashed to do it, their faith will grow strong in the process.

3)  Teenagers could be "coming in hot" to adulthood.

What if teenagers were so on fire for Christ that they changed the spiritual DNA of the church as they grew into adults? I've witnessed this again and again over the last 3 decades of youth ministry.

Instead of evacuating the church after graduation teens who actively share their faith often become change agents in the whole church. They set the pace for evangelism and discipleship. They shake the status quo and gospelize the institutionalized.

Let's stop making the knee jerk assumption that every Christian teen is going to necessarily be shredded by post high school temptations and, as a result, spiritually limp into their twenties. Instead, let's push, pray and plan for every teenager who claims the Name of Christ to live for the glory of Christ as they relentlessly share the message of Christ in the power of Christ!

Young people who are inspired and equipped to live like this became game changers in the church. They "come in hot" to adulthood and heat up lukewarm church members in the process.

4)  Teenagers can set the pace for your entire church now!

30 plus years ago, when I was a youth leader at a Baptist Church, our little church sponsored a "Youth Sunday." Teenagers led the worship, gave their testimonies and shared all that God had been doing in their lives. It was good and somewhat typical until a 7th grader named Steve took his turn at the microphone.

Steve began to share, not only how he came to Christ, but how that he and the other teenagers in youth group, were sharing Christ on a consistent basis. He talked about how he had been sharing the Gospel at school, at parks and at the local shopping malls. Everything was going fine until he paused and went off script.

You could have heard a pin drop in the audience. It was a double-barreled shotgun blast of conviction right to the consciences of the adults in that church that day.

At our little Baptist church teenagers were setting the pace for the adults when it came to evangelism. And many of the adults were inspired to start sharing their faith as a result.

So, in the midst of all our church-wide efforts to reach our communities for Christ don't forget about teenagers. Make them a strategic focus. Because if you miss teenagers, you miss the movement.

Admiral Yamamoto, Commander of the Japanese forces that bombed Pearl Harbor, was asked what he thought the ultimate result of their attack on America would be. He answered, "I fear all we have done is to awaken a sleeping giant and fill him with a terrible resolve."

And that's exactly what happened.

In the same way, let's awaken the sleeping giant in our churches, teenagers! Let's fill them with a holy resolve! Let's make youth ministry a BIG strategic focus in our churches! 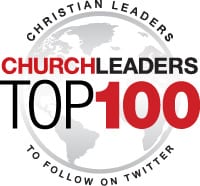