Increase your teens' Biblical Fluency with the "Streetlights Bible" App

It's hard to get teenagers to read their Bibles on a regular basis. I know because I have two of them. And, while mine are quasi-good at staying consistent with their time int he Word, they both have room to improve.

Some of it is because of technology. Teenagers are so used to interacting with their smart phones that a dumb thing often happens...reading the Word gets shuffled to the bottom of the priority deck. 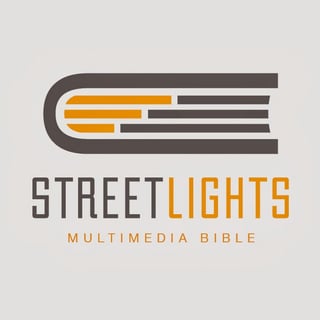 That's why I'm so excited about the Streetlights Bible app! My friends at Grip have put together a killer app that is simple to use. It's straight up the Word of God put to some beats and read clearly and powerfully with spoken word attitude and elocution.  Various artists spin out entire books of the Bible in an easy-to-listen to way.

Over the years I have seen my buddy Esteban Shedd and crew labor over this project with a deep passion. He has recruited some of the best artists in the industry to help him with this labor of love for God's Word and the next generation.

But it's all just theory until you run it by a teenager. And that's exactly what I did today. I ran the Streetlights Bible app by the toughest teen critic I know...my son. Jeremy has no problem calling out cheesy or lame (because he's done it with me several times.) When I opened the app and showed him how it worked it took less than 30 seconds for him to say, "Yeah, I'm gonna use that."

Jeremy likes to take long walk with his headphones on so we talked about him using this app from time to time as his time with God in the Scriptures. He asked, "So I can listen to it and not read it sometimes?" I said, "Why not? As long as you are concentrating on the words."

He thought that was awesome.

I think Jeremy represents a growing majority of teenagers out there. Most would rather watch over listen and listen over read. That's why this app will be so useful in helping a new generation of Christian young people become more fluent in God's Word. They will absorb God's Word through their ears and into their souls.

If I were you I'd encourage the teenagers in your home and youth group to download it and use it. It won't replace them reading God's Word but will sure bolster it. What a great way to help teenagers hide God's Word in their hearts!

And while you're at it, have your teenagers download the Dare 2 Share faith sharing app and give your teens some Gospel fluency while they're increasing their Biblical literacy.

When the Word of God goes deep into the heart of a teenager as the Gospel of Jesus goes wide through the mouth of a teenager great things happen!