If you're disillusioned with politics then do something about it

I am an American citizen. As such, I love, respect and honor my country. But I'm very disillusioned with the not-so-United States right now. Our nation's capitol is characterized more by bi-partisan bickering and stumbling/bumbling Tweets than synergy, energy and game-changing leadership.

It's easy to play the blame game. Liberals blame conservatives for the election of a controversial President. Conservatives blame liberals for the past 8 years of Executive Branch leadership. With all the finger pointing and political posturing it's a wonder anything is getting done at all.

So what's a Christian to do? Do we give up on politics? Do we throw up our hands and say "It's all in God's hands!"? Or should we dive in head first and enter the fray of debate and debacles?

I think there's a better solution than fight or flight! 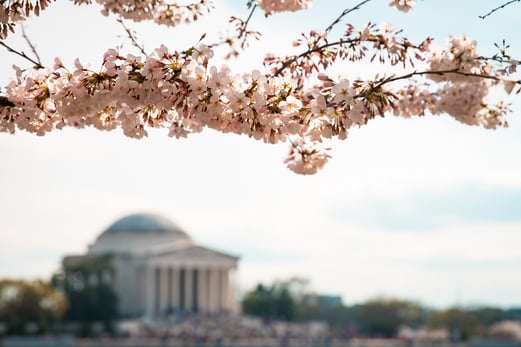 Of course when it comes to voting, we should vote. When it comes to praying for our political leaders we should pray. When it comes to submitting to the authorities we should submit. Why? Because God commands us in Romans 13 to be good citizens and to respect the powers that God has established in whatever country we happen to live in at the time. Check out verses 1-7,

"Everyone must submit himself to the governing authorities, for there is no authority except that which God has established. The authorities that exist have been established by God. Consequently, he who rebels against the authority is rebelling against what God has instituted, and those who do so will bring judgment on themselves. For rulers hold no terror for those who do right, but for those who do wrong. Do you want to be free from fear of the one in authority? Then do what is right and he will commend you. For he is God's servant to do you good. But if you do wrong, be afraid, for he does not bear the sword for nothing. He is God's servant, an agent of wrath to bring punishment on the wrongdoer. Therefore, it is necessary to submit to the authorities, not only because of possible punishment but also because of conscience. This is also why you pay taxes, for the authorities are God's servants, who give their full time to governing. Give everyone what you owe him: If you owe taxes, pay taxes; if revenue, then revenue; if respect, then respect; if honor, then honor."

This is an especially powerful passage when you realize that Nero was most likely the Emperor on the throne of Rome when Paul penned these words to the Roman believers. This Christian hating, mother killing, sister loving, horrific-beyond-belief tyrant was the one calling the shots in the Roman Empire. Instead of firing staff members he didn't like, Nero would have impaled them, drenched them in wax and used the hair on their heads as candle wicks for one of his garden parties.

But in Romans 13 Paul reminds the Romans to submit themselves to the governing authorities and show them due respect. And in 1 Timothy 2:1-2 Paul urges all Christians to pray for their earthly rulers as well as submit to them.

That doesn't mean that we refuse to speak out on issues or share our beliefs. It does mean that we do it with humility, gentleness and respect.

To be honest I'm tired of Christians being known more for their politics (the life-saving right vs. the poor-feeding left) than their love for God and each other. We should be the ones leading the way for true and lasting change. Of course part of this transformation happens politically but the vast majority of it happens through the Great Commission and Great Commandment working side by side from neighborhood to neighborhood and person to person.

Imagine with me 300,000+ churches all across America mobilized for community transformation. Armed with love, the good news of Jesus, prayer and hard work — all the forces of hell couldn't stop us!

The hungry would be fed, the crime rate would drop and souls would be saved! And all of the newly minted Christians could vote by their Biblical convictions and truly bring systemic change to a government in chaos.

That's why we at Dare 2 Share are doing something about this mess. By God's grace we are mobilizing 50,000 teenagers in 50+ cities from coast to coast to become a rally point for revival across this nation!

On September 23rd Dare 2 Share Live will unleash a generation of teenagers, not to march in protest against a government in disarray, but to change this nation one gospel conversation at a time!

Entire cities will be impacted as 50,000 on-fire-for-Christ teenagers are unleashed to pray for, care for and share the Gospel with 300,000 others in this nation on one powerful day!

If you're an adult join our Dare 2 Share Live Prayer Force on Facebook. Pray with us everyday at 9:23 (am or pm or both) that God uses Dare 2 Share Live as a rally point for revival and national transformation.

If you're a youth leader go to dare2sharelive.org and find the closest site to you and sign your youth group up! If you're a teenager put September 23rd on your calendar right now and get all your friends to be a part of this epic movement to transform this nation one Gospel conversation at a time!

Politics are fine and dandy but imagine the power of a generation of teenagers unleashed to reach this nation one person at a time!

If you, like me, are disillusioned with politics then it's time to do something about it. Together let's pray for our leaders, let's speak the truth in love and then let's mobilize the next generation to transform this country through the power of the Gospel of Jesus Christ!