How to kill youth group drama

I've been hearing it more and more as I talk to youth leaders across the nation. 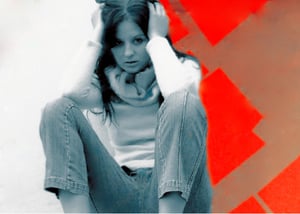 I've seen this happen at my son and daughter's Christian school and literally tear groups of friends apart. You can feel it in the air at times and it really shut's down your ability to minister effectively to your teenagers. Where there is bitterness and unforgiveness the Spirit of God is hampered in his impact...and so are you.

So what's the solution?

First of all the drama needs to be dealt with in a real and effective way. The youth leader needs to become shepherd/moderator and sit the factions down to work it out. It's not worked out until forgiveness is sought and granted. This is not always an easy or pleasant process. And sometimes perpetually unforgiving or offending teenagers may need to leave the group until they're able to resolve it in their souls.

I'll never forget being invited to a camp to speak. It was a weird situation because their original camp speaker double booked and I came in a day or two late. There were five or so youth groups and tremendous "sin in the camp" (quite literally!) Youth leaders were arguing with students. Students were commiting mutiny against their youth leaders. Youth groups were fighting with other youth groups.

Once I got a full idea of what was going on I decided to take action. That night instead of a usual camp talk I simply quoted Ephesians 4:32, "Be kind and compassionate to one another, forgiving each other, just as in Christ God forgave you."

After a few minutes of explanation I shared with the teenagers that there would be no sermon that night but an open mic for teenagers to seek and grant forgiveness. I shared that no amount of preaching would solve bitterness unless they were willing to confess it and forsake it. I then said, "I'm going to sit down and leave this microphone here on the stand for whoever feels compelled to ask for forgiveness first."

With that I sat down in a room full of tense, awkward silence. It seemed like an hour passed as the uncomfortable tension in the room crescendoed (although it was probably less than 5 minutes in total.)

Finally, one teenager, who I later found out was the ringleader of his youth group's insurrection against their new youth leader, stood up and walked up to the mic. He began to weep and begged his youth leader for forgiveness. Tears were shed. Hugs were given. And the line in front of the microphone began to build.

By the time we were done well over an hour later we were unified and ready for camp.

Maybe your intervention doesn't need to be quite so drastic but you do need to deal with the drama in some direct way. Until you do there will be a tear in the fabric of your youth group unity that will not be able to be fixed through any lesson you give.

Next, get your teenagers in prayer and on mission together. I love the words of the good Dr. Luke in Acts 4:31-33,  "After they prayed, the place where they were meeting was shaken. And they were all filled with the Holy Spirit and spoke the word of God boldly. All the believers were one in heart and mind. No one claimed that any of their possessions was their own, but they shared everything they had. With great power the apostles continued to testify to the resurrection of the Lord Jesus. And God’s grace was so powerfully at work in them all."

For help in getting your teenagers united in prayer and evangelism check out gospeladvancing.com. And sign up to pursue a Gospel Advancing Ministry! The more you are unified together in Christ's cause the less drama you'll experience!

What are some other ways to kill youth group drama?