How to #Gospelize a Cruise Ship 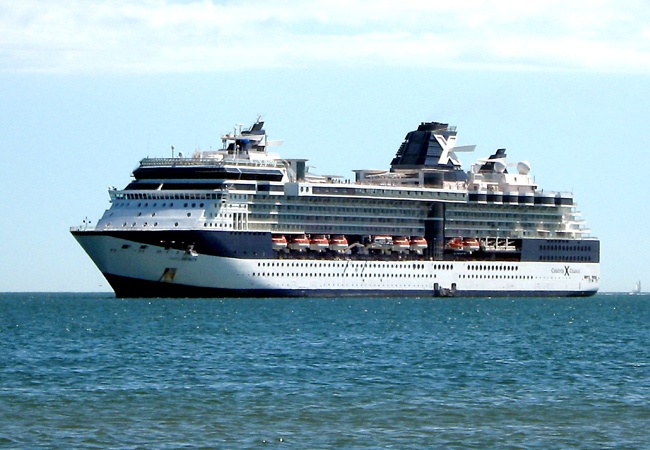 I'm at SeaTac airport with my family as I type these words. We've all eaten too much, stayed up too long and laughed too hard. We cruised from Seattle to Skagway and stopped several places in between. I've been all over the world but these stops may be some of the most beautiful places on the planet. Suffice it to say that a cruise to Alaska is both awe and "ahh!" inspiring.

It was Debbie and my 25th Wedding anniversary and we celebrated it with our in laws (father, mother, sister, brother) on the Pacific ocean. As a couple, we had the privilege of renewing our vows on the plane with the service being conducted by the Captain of the ship! It was the trip of a lifetime (that is until we hit our 50th!)

During this 7-night cruise we had several gospel conversations. There's something about being locked on board with 3,500 or so other passengers that creates a perfect opportunity for evangelism.

Here's what I learned about how to gospelize a cruise ship:

Strike up a conversation with the fitness trainer about spiritual fitness.

Sal was an Aussie who had lost 65 pounds in a matter of months as an overweight teenager. Now big and buff he was all about fitness. My wife and I took a couple of TRX classes with him and soon had an opportunity to share the Gospel and talk to him about "spiritual fitness." I told Sal that physical fitness was important but, in comparison with eternity, life was up to the inch mark on a tape measurer that stretched into eternity. That hooked him. Pray for Sal as he read the Life in 6 Words book I gave him and that he is wrestling with the message of Jesus.

Ask fellow passengers where they are from and what they do for a living.

This was my go-to elevator, hallway, buffet conversation starter. This led to some opportunities to share my story and lead into the story that matters most…the Gospel!

This is where my wife shines! She asked questions of the various servers at the restaurants, cafes and buffets on the cruise ship. Her warm smile and deep compassion for others melted away the customer/server barrier and soon we were all talking. This opened the door for the good news to be shared in a powerful and personal way.

Unleash your kids for THE Cause.

My son, daughter and nephew were also engaged with the mission of Jesus during the week-long cruise. Along with doing the children and teen activities they were aware that they represented God during the trip. This led to some gospel conversations and opportunities to introduce others to Jesus.

I think specifically of my 10 year old daughter Kailey. My wife and I saw her engaging in conversation with what we thought was a teenaged girl in the hot tub during the "Movie under the Stars" night. Her name was Maddy. She was actually 26 years old and was a nanny for a living. She loves kids and is very sweet. Kailey and Maddy bonded in the hot tub. They became buddies. This opened the door for all of us to be able to share the good news of Jesus with Maddy. We were grateful for our new friend. Pray for her as we plan to continue the conversation after the cruise.

Have your daughter get baptized publicly.

Our daughter Kailey got baptized while on the cruise. We thought that it would be hard to beat the Glacier Bay day for a time to get immersed in the water. Okay, we weren't technically in Glacier Bay at the exact time of the baptism (too many icebergs made us turn back early) and we baptized her in the swimming pool on the cruise ship (not the icy waters of the bay) but it was still breathtakingly beautiful.

Jeremy and Zak (nephew) brought five of their new teenaged friends and Kailey brought Maddy and her cousin Sierra as witnesses to the baptism. With the dual hot tubs full of on-lookers, and the pool full of children, I was able to commandeer a corner of the pool for a few minutes to give the good news to those around us and to baptize my little Kailey publicly. It was a powerful moment. It made me think of the original before-there-were-church-buildings believers who had to baptize in public places like rivers and lakes. There's something evangelistic about it in nature and the questions it stirs up. Later on, in one of those hot tubs I was able to share the Gospel with a couple who were wondering what was going on in the pool minutes earlier.

Chat with the entertainers when you meet them.

While on a hike to Lower Lake in beautiful Skagway we ran into a magician/comedian and his wife on a rocky beach. After asking them some questions and complementing him on his excellent show we started probing deeper. We came to find out she was a believer and he was not yet one. We talked with him for 30 minutes about the good news of Jesus. He was afraid that the Gospel, just like his show, may just be an illusion. With the beautiful backdrop of an eagle-filled forest hugging a huge mountain I assured him that the same God who spoke this beauty into existence sent his only Son to die on our behalf and speak life into our hearts. Pray for him as he too reads the Life in 6 Words book and wrestles with the message of Jesus.

It's been a great week of rest and relaxation. It's been a time to renew our souls and our vows. But it's also been a great time of gospelizing a cruise ship, one conversation at a time.