Just two days ago I got back from a short but powerful trip to South Africa. It was a game-changing, perspective-altering, kingdom-impacting experience. Dr. Mark Andreson, our Global Director of Outreach at Dare 2 Share and myself went there to observe an evangelism training event put on by our partner-in-crime Don Olding, who leads Go-Live-Dare in South Africa. 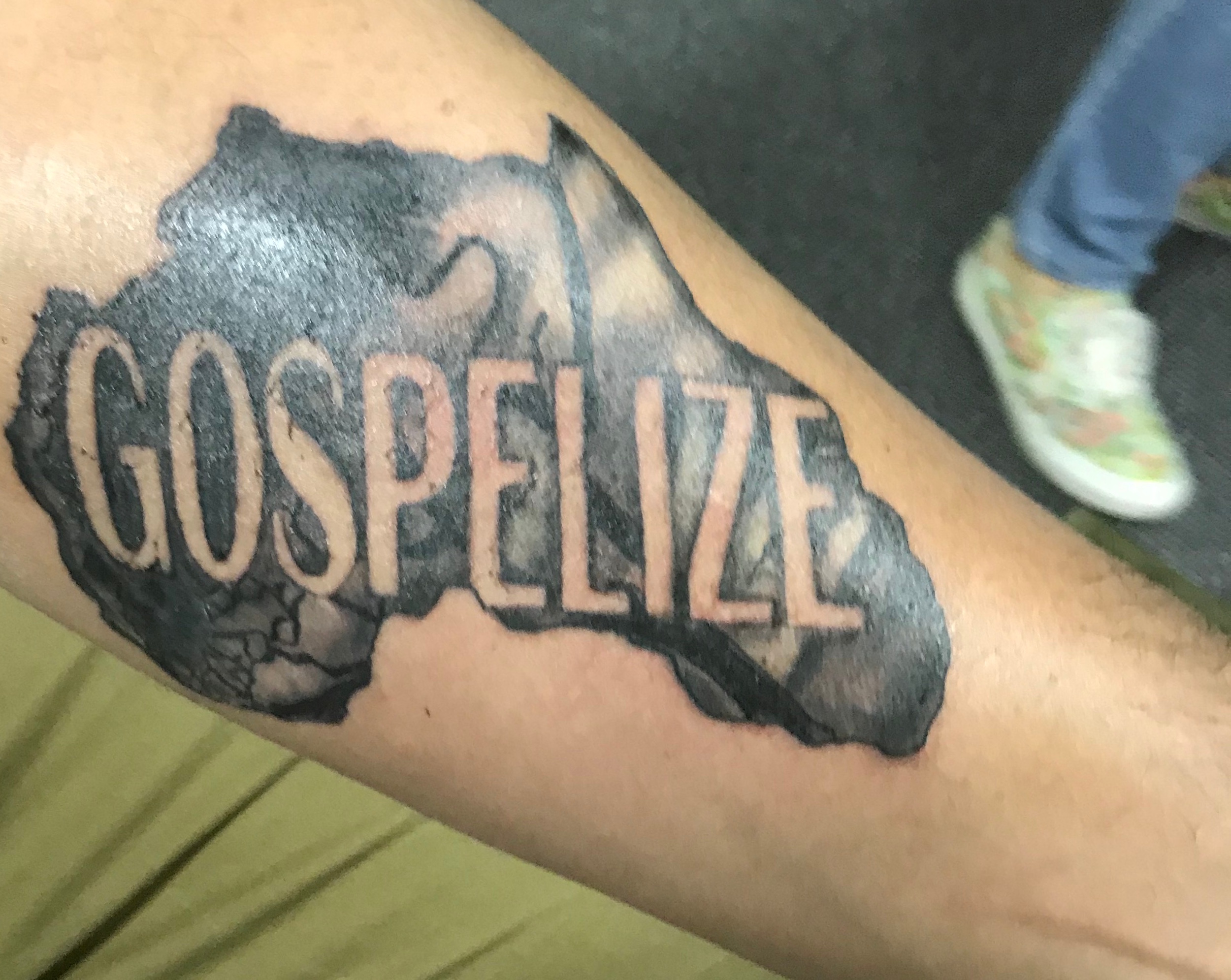 I met Don in Israel three years ago on a trip to Israel with 180 other ministry leaders from 53 different countries. It was during that time I was amazed and humbled to discover that he, and some other country leaders, were using Dare 2 Share training material to equip teenagers to share the GOSPEL.

Soon after Don came to the States he experienced one of our Lead THE Cause full week equipping events (think advanced evangelism and disciple multiplication training for student leaders and youth leaders) and decided to replicate a version of it in South Africa.

And that's exactly what he has done!

Mark and I came to witness his 5th Lead THE Cause event and were blown away! Although slightly tweaked from the American version it worked well and deeply impacted the teenagers and youth leaders who participated.

It also deeply impacted me. I'm so grateful for what God has done through Don and his excellent team. Not only did it impact me, this entire experience taught me 7 lessons that I'd like to share with you.

Watching how the teenagers responded to Andrew Held's inspirational sermons, got nervous before the outreach and came back all jacked up on Jesus reminded me that teenagers are teenagers everywhere! They are filled with adrenalin, hormones and caffeine and all if can be channeled for the Gospel.

The excitement was palpable as teen after teen got up after the outreach to share their experiences Gospelizing the people of South Africa. Here's one story that I captured on my iPhone from a young lady who was sharing her faith at the local Casino/Mall:

2.  Youth Leaders everywhere are super hungry to advance the Gospel!

Don gave me the privilege of training a youth leader session where we were able to unpack what it meant to lead a Gospel Advancing ministry. I was totally blown away by how youth leaders passionately responded to the training and committed to lead the way in intercessory prayer, relational evangelism and the rest of the 7 values of a Gospel Advancing, disciple multiplying ministry.

This room was packed with key youth leaders from Zambia, Kenya and other African countries who were all ready, willing and able to lead the way for Gospelizing their own countries through an army of highly-inspired, well-equipped teenagers.

Here's a testimony from George Webere, a Kenyan evangelist who has, for the last year, been energizing and mobilizing teenagers and youth leaders from across his country to Gospelize their world:

3.  It's about orchestrating, not engineering a movement.

The Holy Spirit is on the move! Jesus is building his church! We are just along for the ride!

It was so obvious to me that God was stirring in the hearts of youth leaders from across South Africa and beyond, long before we ever got there. The whole Gospel Advancing movement has just put a language to what is already brewing and boiling in their hearts!

Take Enrico Arends, a key leader from Cape Town. When I first walked into GodFirst Church in Johannesburg (where Lead THE Cause was being held) I saw him viscerally responding to the worship and to Don Olding's challenge to Gospelize Africa.

I could tell right away he was, what I call, "a twitcher" (leaders who start twitching when someone talks about mobilizing a generation for the Gospel.) I approached him and said, "This resonates with you doesn't it?" Enrico made it clear that we are simple putting a language to what was already in his heart. Check out what he had to say about Gospelizing Cape Town.

4.  I have a way with Cheetah's and Chantel Olding, Don's wife, does not.

Last Monday we went to a Lion and Safari Park just outside of Johannesburg. A few of us decided to pet the Cheetah. Here's what happened...

To see Chantel's experience with the Cheetah click here. Suffice it to say that it lunged at her with a growl. Dr. Doolittle she is not.

5.  The trip to the Apartheid Museum was stunningly powerful.

When you walk up to the entrance of the Apartheid Museum there is a white's only entrance and a non-white's only entrance. Printed on your ticket is whatever designation they randomly give you. It's a powerful and sad reminder of the racism that was so prevalent in South Africa under Apartheid. 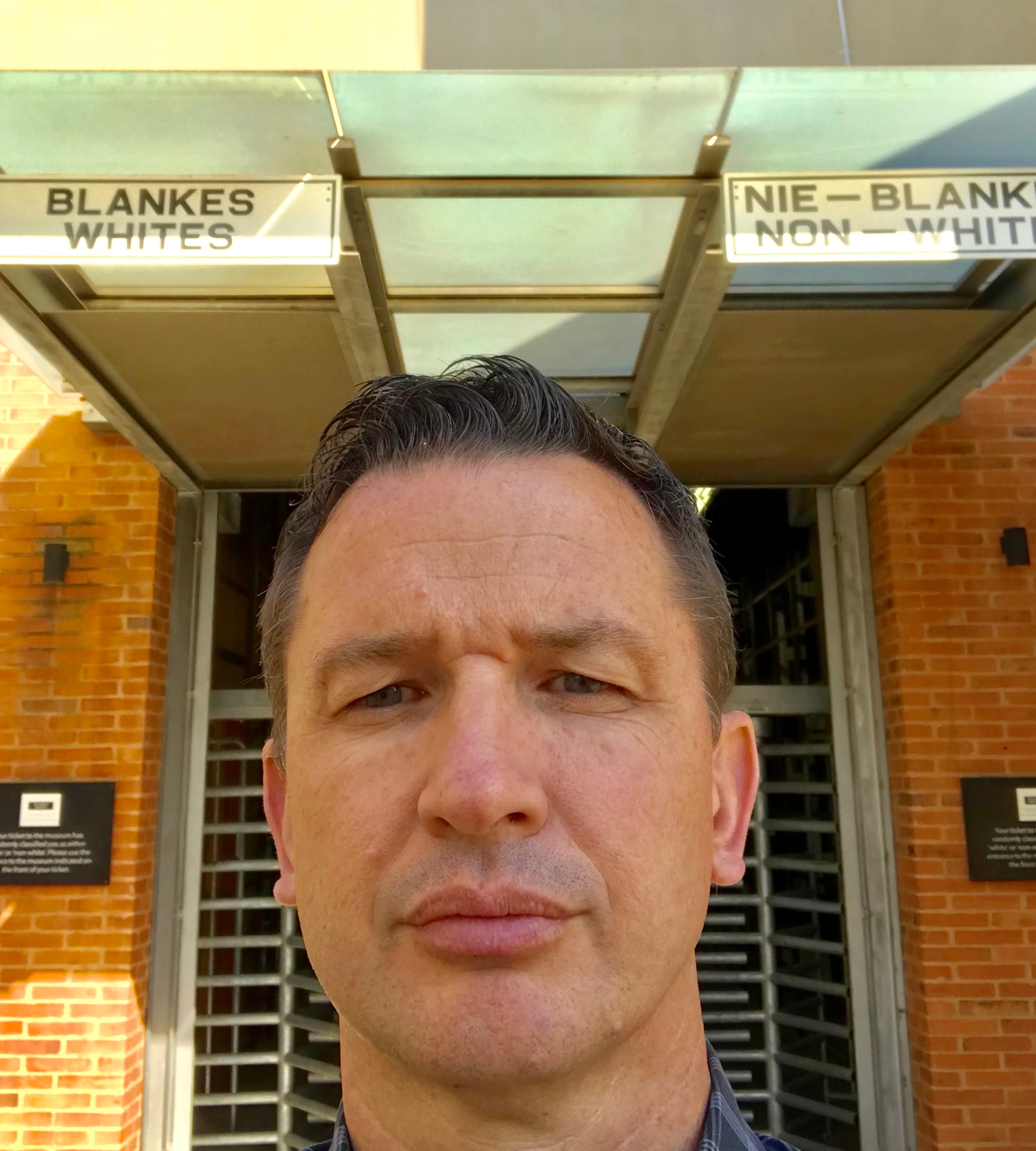 People were categorized by race, sent back to their hometowns and, largely, kept out of  cities like Johannesburg. The stench of this brand of racism reeks of America's embarrassing slave-centric and civil-rights-depriving past as well as Germany in the 1930's and 1940's. Thank God for men like Nelson Mandela and many others who rose up to cast down the evil system of segregation and racism called "Apartheid."

Having said that, from an outsider's perspective, it still feels like there is an undercurrent of racial tension in this beautiful, vibrant country. The current situation of politics and race in South Africa (as they were explained to me by various South Africans) sound eerily like the same brand of racial tension we are feeling in many parts of the United States right now.

But as I looked across the crowd of teenagers who attended Lead THE Cause I saw many ethnicities united for one cause, The Cause of Christ! Wouldn't it be exciting if an army of multi-ethnic, Jesus-loving, Gospel Advancing teenagers paved the way for unity amidst diversity all across South Africa...and America for that matter?

This is my prayer! Let's make it our prayer!

6.  The Gospel is the solution everywhere!

I was reminded again and again during my short trip to Africa that the Gospel is the solution everywhere! Only Jesus can unite a divided people. Only Jesus can save a lost soul. Only Jesus can rescue a people from spiritual and financial poverty. Jesus and the Gospel can change notions and nations like nothing  else.

I can't help but think of Thembe, my Uber drive in South Africa. During our trip I found out that his name means "trust" and this became an easy segue to the message of the Gospel. He put his trust in Jesus on the spot and immediately received the assurance of salvation, the hope that only Jesus can provide!

I can't help but think of one of the drivers who was hired out by a youth group to cart them around during Lead THE Cause. Although he had put his faith in Jesus as a child he had strayed in his adult years. But, during the event, he was so impacted by the excitement of the teenagers that he fully surrendered himself to follow Jesus!

Watching teenagers pray for Johannesburg on top of a crane next to a Casino (it was built as a skybox, viewing tower and bungee jumping station) reminded me of the power of prayer to energize these teens to Gospelize their world. We sang praises. We had communion. We interceded for South Africa as we gazed upon the stunning city before us.

I can't help but think of David Banda from Zambia. God is using him to mobilize youth leaders and teenagers all across this neighboring nation in a powerful way. He is witnessing true and lasting change through the incarnation of and proclamation of the Good News of Jesus!

It was also a privilege to hang out with our close ministry partners at Word of Life during the Lead THE Cause event. They are hard at work Gospelizing South Africa and united with us for The Cause of Christ across that nation, the United States and around the world!

Why? Because they know the Gospel is the solution everywhere! I was so reminded of that during my trip to Africa!

7.  Africa is primed to lead the way for Global Gospel transformation by unleashing an army of on-fire teenagers.

The average age of the average African is 19 years old. By 2050 there will be one billion young people in Africa! If ever the Christian leaders of a continent should be primed to energize the Church to mobilize youth to Gospelize their world, it's now and it's in Africa!

In closing, listen to these words from Mark Tittley with the Every Nation movement in South Africa. He attended Lead THE Cause in Johannesburg for the 3rd time and here are his thoughts about Lead THE Cause and the movement. I can think of no better way to end this post:

Pray for Go-Live-Dare in South Africa and beyond. God is up to something big!