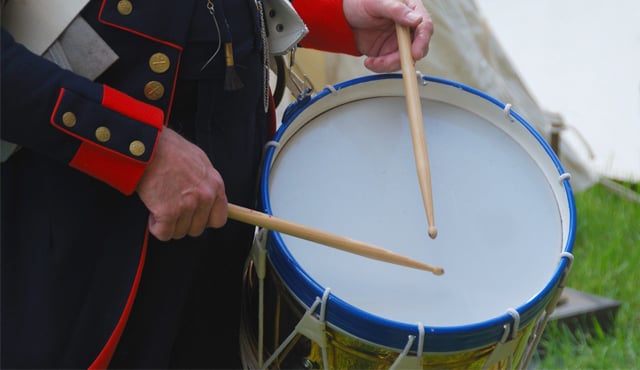 Everyday a youth leader wakes up he/she enters into a battle. This age-old war is not with disconnected parents, apathetic teenagers or micro-managing pastoral leadership.

This is a battle that relentlessly rages for the souls of the next generation. It is not imaginary. It is real, intense, and all around us. With every teen suicide, school shooting or drug overdose, you can almost hear the enemy's victory cry in the distance.

And this invisible nemesis is worse than we could ever imagine. In the beginning he was the most powerful, beautiful and intelligent creation that God ever made. He was so impressive in fact that he convinced a third of all of the angels of heaven that he was more mighty than God himself (Ezekiel 28:11-19.)

Upon the Devil's mutiny Jesus evicted him from heaven in disgrace. He and the thousands upon thousands of angels who rebelled with him were hurled down to the earthly realm. This big blue ball became his bloody new battlefield. Since his fall from heaven and Adam and Eve's subsequent fall into sin, he has been tripping, trapping and tricking humanity.

And, like the worst of predators, he loves to prey on the young.

But it's more than just the perversion of destroying teen lives that fuels his cruelty. It's equal parts depravity and strategy.

Satan knows that the vast majority of people who trust in Jesus do so before the age of 18. He seethes at the reality that many of the greatest revivals of the past were triggered by young people who were longing to live for a greater cause than themselves, the very cause of Christ.

So he is working hard to destroy the seed of revival before it sprouts. To do this he targets the youth leaders. "Strike the shepherd and the sheep will scatter" is one of the few Scriptures that he comforts himself with in his darkest hours. He knows that if he can take out the youth leader the youth will scatter in every direction and that any hope of revival will be lost.

The Apostle Paul wrote,"Finally, be strong in the Lord and in his mighty power. Put on the full armor of God, so that you can take your stand against the devil’s schemes. For our struggle is not against flesh and blood, but against the rulers, against the authorities, against the powers of this dark world and against the spiritual forces of evil in the heavenly realms."

This passage in Ephesians 6:10-12 should remind every youth leader to gird up against this seemingly invincible foe.

It reminds us to fight in God's strength, not our own.

It reminds us to fight in Christ's armor, not our own.

It reminds us to fight side-by-side with our fellow soldiers, not on our own.

To be victorious we must call in the air support by rallying intercessors to bomb the enemy camp with the shrapnel of divine disruption. We must become intercessors ourselves, knowing that the key to reaching the next generation begins with praying for them persistently and passionately.

We must raise up youth leaders who see themselves as battlefield generals, waging war against Satan strategically and effectively. These leaders must establish beachheads on every campus, teenagers on fire for Christ who burn so hot that they set their schools ablaze with the love of Jesus. They must train their troops to invade the enemy's camp and rescue the prisoners of war. Their weapon is love. Their message is hope. Their goal is big...every teenager entering into a relationship with Jesus Christ by faith.

As Marcus Luttrell author of Lone Survivor, Navy Seal and the only surviving warrior during Operation Redwing wrote, "I will never quit. My nation expects me to be physically harder and mentally stronger than my enemies. If knocked down i will get back up, every time. I will draw on every remaining ounce of strength to protect my enemies and to accomplish our mission. I am never out of the fight.”

You are never out of the fight youth leader, as long as you continue the battle for this next generation in God's strength and not your own, as long as you keep praying in humble dependence on our Commander and Chief, Jesus Christ himself.

Fight on, fight well and keep fighting until every teenagers hears.