Why millennials are leaving the church in droves 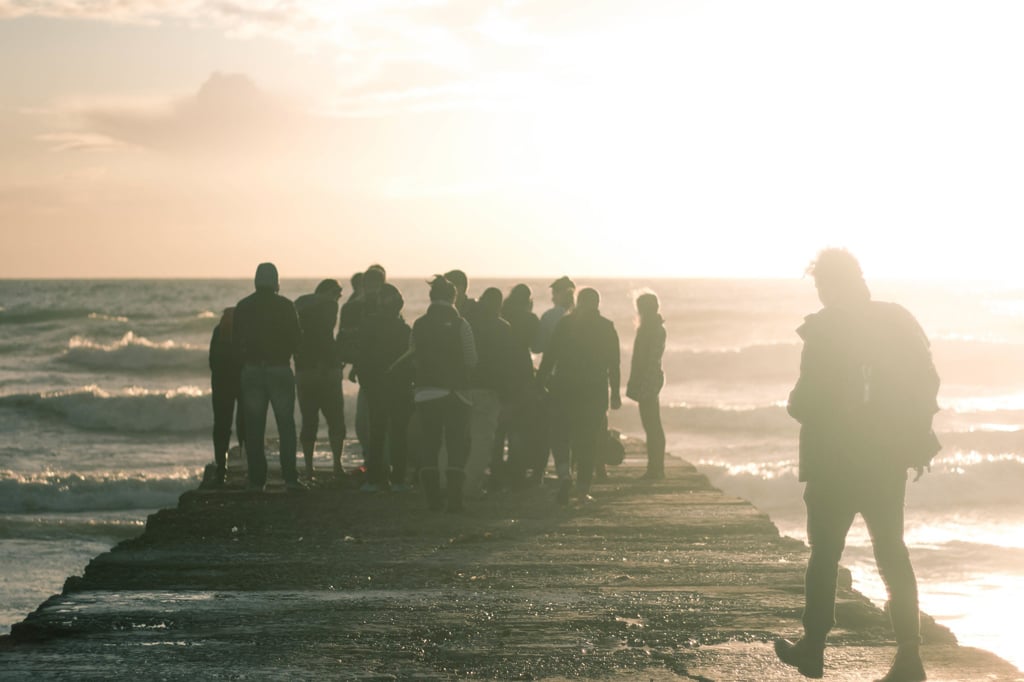 Yet another study shows that millennials are leaving the church in droves. The question that haunts me is "Why?"

I have a theory and it's this…millennials (those born between the early 80s and early 2000s) are yearning for purpose, community and authenticity. Unfortunately, they aren't finding it in the typicalchurch. It's interesting that this is exactly what the early church provided.

"After they prayed, the place where they were meeting was shaken. And they were all filled with the Holy Spirit and spoke the word of God boldly. All the believers were one in heart and mind. No one claimed that any of their possessions was their own, but they shared everything they had. With great power the apostles continued to testify to the resurrection of the Lord Jesus. And God’s grace was so powerfully at work in them all that there were no needy persons among them. For from time to time those who owned land or houses sold them, brought the money from the sales and put it at the apostles’ feet, and it was distributed to anyone who had need." Acts 4:31-35

Millennials are yearning for three things:

The church has a purpose to accomplish and that is "to seek and to save what was lost" (Luke 19:10) according to the words of Jesus himself. This search and rescue mission was carried out by the early believers who prayed with passion for the lost and proclaimed with boldness the name of Jesus. They "spoke the Word of God boldly" and our millennials must be challenged to do the same.

Too often the church tries to keep their young with good causes (stopping human trafficking, eradicating poverty, etc) but they leave the very cause of Christ off the table. We should "both/and" it with these causes and equip the next generation to love their neighbor and reach their neighbor with the hope of Jesus. The church needs to provide these young people with a Gospel Advancing mission across the street, across the tracks and across the world!

We must give the next generation the purpose they are longing for and that purpose is found in the very mission of Christ (Matthew 28:19.)

2. A community to live with.

"All the believers were one in heart and mind. No one claimed that any of their possessions was their own, but they shared everything they had." Acts 4:32

Talk about community! The early church was the opposite of the consumeristic, give-to-get version of Christianity present in many churches today.

These early believers were one in heart and absolutely selfless. They were joined at the heart with other believers by a common Savior, a common creed and a common cause.

Why are their gang problems in many of our cities? Because teenagers are longing for a tribe! If this tribe cannot be found in the church it will be (and sadly often is) found elsewhere.

Right after Paul gives us the power passage of Ephesians 2:8-10, where we discover we are saved "by grace…through faith", he puts an explanation point on the Gospel be reminding us of our new community:

"Therefore, remember that formerly you who are Gentiles by birth and called 'uncircumcised' by those who call themselves “the circumcision” (which is done in the body by human hands)— remember that at that time you were separate from Christ, excluded from citizenship in Israel and foreigners to the covenants of the promise, without hope and without God in the world. But now in Christ Jesus you who once were far away have been brought near by the blood of Christ. For he himself is our peace, who has made the two groups one and has destroyed the barrier, the dividing wall of hostility, by setting aside in his flesh the law with its commands and regulations. His purpose was to create in himself one new humanity out of the two, thus making peace, and in one body to reconcile both of them to God through the cross, by which he put to death their hostility. He came and preached peace to you who were far away and peace to those who were near. For through him we both have access to the Father by one Spirit." Ephesians 2:11-18

This is the unity that millennials (and everyone else for that matter) long for deep in their hearts. They long for a community that is free of racism, prejudice and pride. Which leads us to the third thing…

3. An authenticity that's lived out.

In the early church believers were giving big time. Some even sold pieces of property and gave the money to the apostles to help provide for the needy believers in Jerusalem. But then hypocrisy crept in a side door and almost brought the story to a stop:

"Now a man named Ananias, together with his wife Sapphira, also sold a piece of property. With his wife’s full knowledge he kept back part of the money for himself, but brought the rest and put it at the apostles’ feet. Then Peter said, 'Ananias, how is it that Satan has so filled your heart that you have lied to the Holy Spirit and have kept for yourself some of the money you received for the land? Didn’t it belong to you before it was sold? And after it was sold, wasn’t the money at your disposal? What made you think of doing such a thing? You have not lied just to human beings but to God.' When Ananias heard this, he fell down and died. And great fear seized all who heard what had happened." Acts 5:1-5

Ananias and his wife tried to pull one over on the apostles. They wanted the applause of the congregation but tried to deceive the disciples by pretending they gave the full price of the field they sold to the disciples.

Peter would have none of it. His apostolic authority caused them both to drop dead on the spot as a lesson to the church. What was the lesson? Hypocrisy would not be tolerated.

What if there were a drop dead policy for hypocrisy in the church today? How many of us would keel over?

Young people have a "bologna barometer" that is on at all times. They can smell hypocrisy like my dog can smell the bacon from the other side of the house.

If we want to reach this next generation we must give them a cause to live for, a community to live with and an authenticity that's lived out. Then, instead of leaving the church in droves, they will be flooding it.