Why evangelism is hard (but necessary) 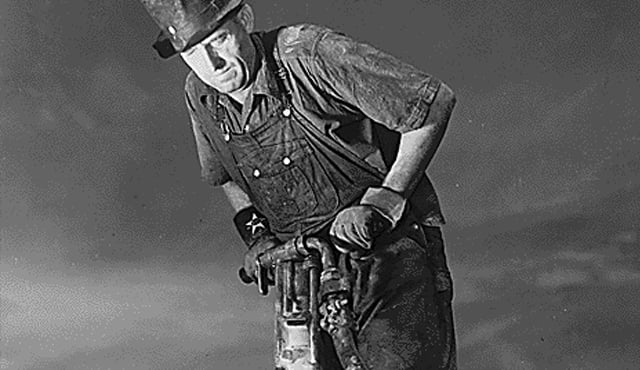 I have been leading a ministry called "Dare 2 Share" for the last twenty years or so. During that timeframe we've had the privilege of inspiring and equipping a half million teenagers to share their faith. We truly believe that, because 85% of those who trust in Jesus do so by 18 years of age, a student-led movement of teenagers reaching teenagers with the gospel can transform this nation for Christ.

But, over the course of the last two decades, I've also encountered the reality that getting Christian teenagers to consistently share their faith is a challenge...a serious one. Yes, teenagers share the gospel when they're at our training conferences but six months later the majority of them are back to their old non-faith sharing habits. Again and again we have seen that it takes youth leaders to, well, lead their own youth in this area. We can give them the basic faith-sharing tools they need to get started but youth leaders must use them and continue to use them throughout the year if evangelism is going to be a lifestyle for their teenagers.

What's true of teenagers is especially true of adults. As difficult as it is to get teenagers to consistently share the gospel it's even more of a challenge for adults. I was a church planter and preaching pastor for a decade or so (I was working at Dare 2 Share for much of this time.) As a pastor I saw firsthand that most of the adults in our church struggled to share their faith and we were a very evangelistic church.

Again and again I've seen in youth ministry that, although most youth leaders believe evangelism should be a priority, it ends up being their least accomplished purpose. They, like many pastors, revert back to purely discipleship-oriented functions. Why? Because it's safer, less messy and far less intimidating.

Here are five reasons why evangelism is hard (but necessary!)

1. It grates against social norms.

Think about the cringe-factor that comes with the word "proselytize." That's the same stigma that comes with word "evangelize." Evangelism is often viewed (even by some Christians) as intrusive, coercive and crass.

But that stereotype is not Biblical evangelism. We should never coerce anybody to convert to Christ but, in the words of the Apostle Paul, set forth the truth of the gospel plainly (2 Corinthians 4:2.) When someone responds "no" we should bless them. When they respond "yes" we should disciple them. When they say "I'm not sure" we should prayerfully journey with them to help them unpack the message of the Christian faith.

While evangelism grates against social norms it, along with prayer, is the primary tool through which God's kingdom advances on this earth. In the words of Jesus in Matthew 11:12, "And from the time John the Baptist began preaching until now, the Kingdom of Heaven has been forcefully advancing...." If we want to see God's kingdom powerfully advance in our sphere of influence we must unleash the power of the gospel through evangelism.

2. It leads to awkward moments.

There's no getting around it...evangelism can be awkward. Sure there are questions we can use to mitigate the awkwardness. Yes there are listening skills we can develop to break down the weirdness. But, at the end of the day, asking someone to consider embracing an entirely different belief systems is awkward.

But, as I've said before, if there was a "Director of Awkward Moments" in the New Testament it would be Jesus himself (just ask the rich young ruler.) But it is in the crucible of the awkward where minds are changed and souls are saved (just ask the woman at he well.)

At our Dare 2 Share student evangelism training conferences we sell a T-shirt that simply reads, "Awkward is Awesome." The shirt sells pretty well because most teenagers know exactly what it means to be awkward. But they also know that it's the awkwardness of evangelism that leads to the awesomeness of someone's spiritual transformation.

We must be willing to get awkward with others for this very reason.

3. It exacerbates our fears of being rejected.

Think back to the first time you asked someone out on a date. If you were like me your palms were sweaty, your knees were knocking and your stomach had butterflies the size of pterodactyls. What made you so nervous? The fear of being rejected!

In the same way when you evangelize you put yourself on the line. You open yourself to the possibility of being rejected. In other words, we become like Jesus in a very real and tangible way. According to Isaiah 53:3, "He was despised and rejected by men; a man of sorrows, and acquainted with grief; and as one from whom men hide their faces he was despised, and we esteemed him not."

Have you ever pulled a lion's tail? No seriously, have you? I have! No seriously, I have. It happened twenty years or so ago at the zoo with my wife. There the lion's tail was, sticking out of the bars, waving hypnotically back and forth...just waiting to be grabbed. It was connected to a large male lion in the big cat section of the zoo. He was sleeping, laying against the metal bars of his cage. I looked around to see if anyone could see me, reached over the concrete barrier and, to my wife's horror, grabbed that furry tail with all my strength.

Don't ever do that by the way.

That lion jumped up, turned around and roared in my face. My wife ran but I was frozen in fear (and I almost lost control of my bodily functions.) I was still leaning over the concrete barrier paralyzed by the ground-shaking loudness of his angry roar when it hit me, I was eye-to-eye with the king of the beasts...and he wanted to eat me.

It reminds me of St. Peter's warning to the early believers of the 1st Century church, "Stay alert! Watch out for your great enemy, the devil. He prowls around like a roaring lion, looking for someone to devour" 1 Peter 5:8.

Who do you think Satan is out to destroy? Those who are pulling his tail! I am convinced that Satan will attack first those who attack him hardest. Christians who are prayerfully, consistently and lovingly sharing their faith are the ones who Satan hates the most.

How do we overcome his attacks? Through prayer! We remember to clothe ourselves in the strength that God provides which will energize our spiritual armor (Ephesians 6:10-20) and encourage us to to keep evangelizing in spite of the opposition.

5. It makes us realize how much we don't know.

I can't tell you how many times somebody I was sharing Jesus with asked me a tough question and I just stood there thinking, "Duhhhhhhhhhhhh." There's nothing more frustrating in evangelism than not having an answer to a lost person's question.

But years ago the Lord gave me a "get-out-of-jail" free card (so to speak) when it comes to this issue. He helped me realize that I don't need to know all the answers. After all, he is the one who is all knowing, not me!

So when someone I'm sharing Jesus with asks me a question that I don't have the answer to I'll say, "Wow! That's a great question! I have no idea what the answer is but let's keep talking!" I'll then start praying for and searching for the answer. I'll search the Bible, read books and go to those people in my circle who are "wicked smart" and find those answers. I'll then go back and re-engage the conversation.

We don't have to know all the answers because we know the only One who does (God!) And we can learn some of those answers along the way when we engage people evangelistically and are honest enough to admit that we're still learning.

Yes, evangelism is hard, but it's also necessary. It's necessary because people hang in the balance between heaven and hell, between hope and despair, between God's mercy and his wrath. If we really care about them we'll do whatever it takes to get the message of Jesus to them in spite of the challenges.