What methinks of Christian protesters 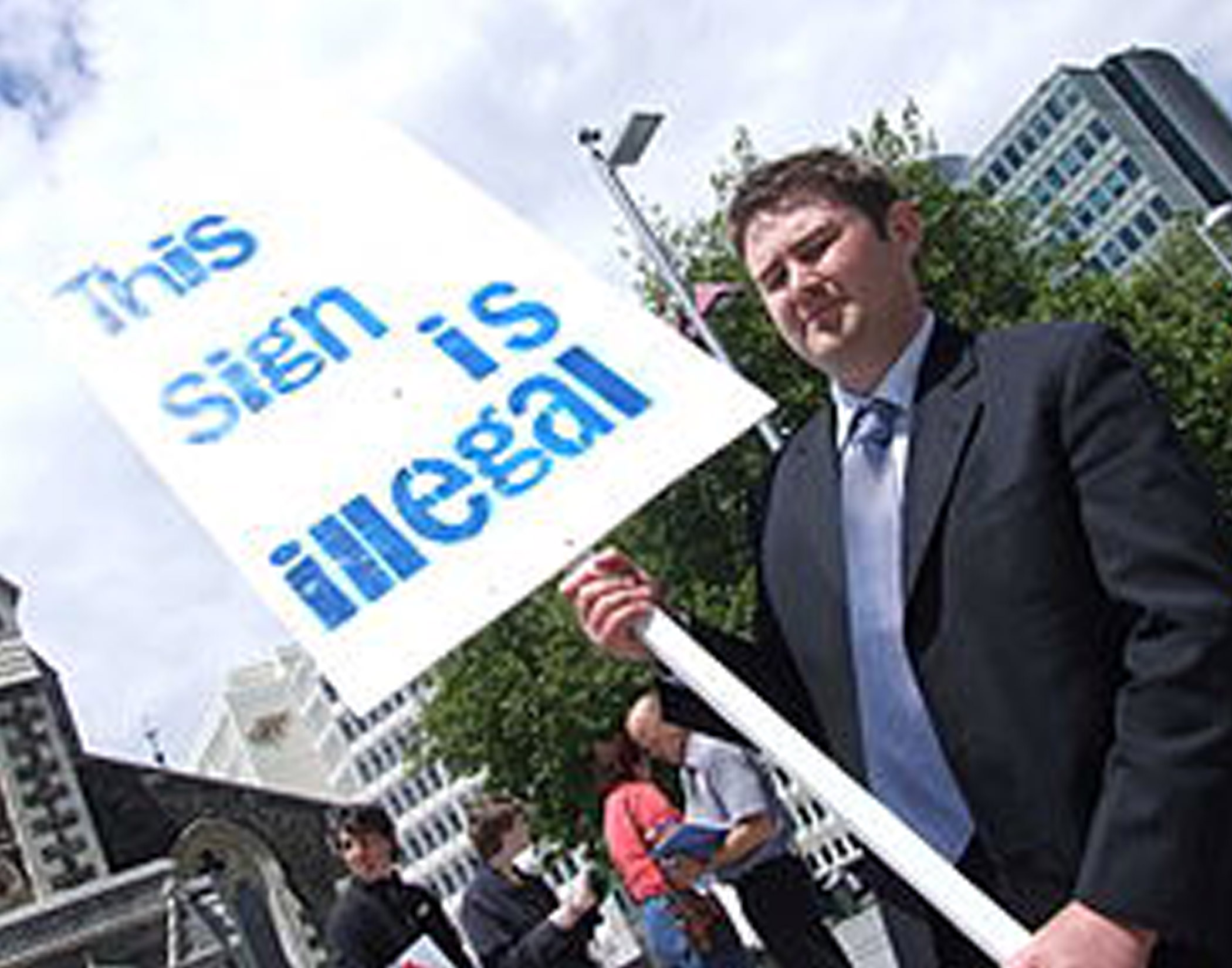 "Methinks thou dost protest too much." Shakespeare

Years ago after preaching the late morning slot at a Promise Keepers event in Albany, New York I overheard some of the PR staff of PK whispering about protesters outside. Of course I inserted myself into the conversation. It went something like this,

"Who's protesting what?" I asked.

"The National Organization of Women is protesting Promise Keepers" they responded with a sense of frustrated urgency.

"Has anybody gone and talked to them?" I asked.

They thought that was a good idea and warned me that there were a group of Christian protesters protesting the N.O.W. protesters. Rolling my eyes I think I mumbled something about the lameness of that mental image. It's hard for me to imagine Jesus and the disciples picketing the Romans and some of their detestable practices (from infanticide to genocide.)

Jesus and his disciples held "demonstrations" alright, demonstrations of love which included healing the sick, preaching the kingdom and feeding the hungry. The closest Jesus came to picketing was the cleansing of the temple but that was more of a divine reckoning than a human protest...and, as the Son of God, that was his prerogative.

Walking outside into the hot New York sun I could see where the crowd was gathered and the picket signs were waving about 100 yards away. I walked through the shouting Christian protesters to the N.O.W. ones and asked who was in charge.

One person pointed to a neatly-dressed lady in the middle of the group. I approached her and asked her what they were protesting. The conversation went something like this,

"We are protesting Promise Keepers and their subjugation of women's rights" she stated directly. She went on to explain how the idea of women submitting to men in a marriage relationship was something they found distasteful, out-of-touch and dangerous.

I showed her my Promise Keepers lanyard (which was still hanging around my neck) and pointed to the word "Speaker" on it. Then I said, "Ma'am, I just got finished speaking at Promise Keepers and I can assure you that the preacher speaking now is absolutely going off on the 10,000 guys in the arena about loving their wives and taking the initiative to care for them on every level." I told her that there was no talk of making wives submit, instead it was all about men being called to love their wives deeply from the heart. Then I offered to get her and all her fellow protesters into the building to hear for themselves.

We had a cordial but direct conversation for the next several minutes. I could see that there was no way I was going to convince her so I put my hand on her shoulder and asked, "Ma'am, are you married?" She told me that she was. I looked straight into her eyes and said, "The preacher who is over in that arena right now is telling guys like your husband to take the initative to love their wives like Christ loved the church, to listen to their deepest needs and hurts and to sacrifice themselves fully for them in every way. Wouldn't you love for your husband to treat you like that?" (Okay, I was taking a stab at the fact that there was a good chance her husband could use some improvement...like most of us husbands!)

She paused for a moment and then quietly said, "Yes, I would."

Soon we couldn't hear the protesters from either side. This nice lady and myself became immersed in a real conversation about marriage, life and a man who loved her so much that he died for her on the cross.

There were no sidewalk conversions that day but I believe she was nudged closer to Jesus. Later she even mentioned to a newspaper reporter about our pleasant conversation.

As I left the crowd of protesters and wandered back into the arena I wondered to myself how much more of an influence the Christian protesters could have had if they were willing to put down their picket signs and bullhorns and engage in a real conversation with those they were protesting. The problem wasn't their presence as much as it was their tactics.

As Christians we don't need to yell, scream or point fingers of judgment. We need to love, listen, care and share. When we do, a real difference is made and we separate ourselves, not by the decibels of our shouts but the love that flows from our hearts toward those who disagree with us.

If you are a Christian and insist on protesting then remember the words of Apostle Paul as you do,

"Don’t have anything to do with foolish and stupid arguments, because you know they produce quarrels. And the Lord’s servant must not be quarrelsome but must be kind to everyone, able to teach, not resentful. Opponents must be gently instructed, in the hope that God will grant them repentance leading them to a knowledge of the truth, and that they will come to their senses and escape from the trap of the devil, who has taken them captive to do his will." 2 Timothy 2:23-26