The Hidden Blessings of Sharing the Gospel with Complete Strangers 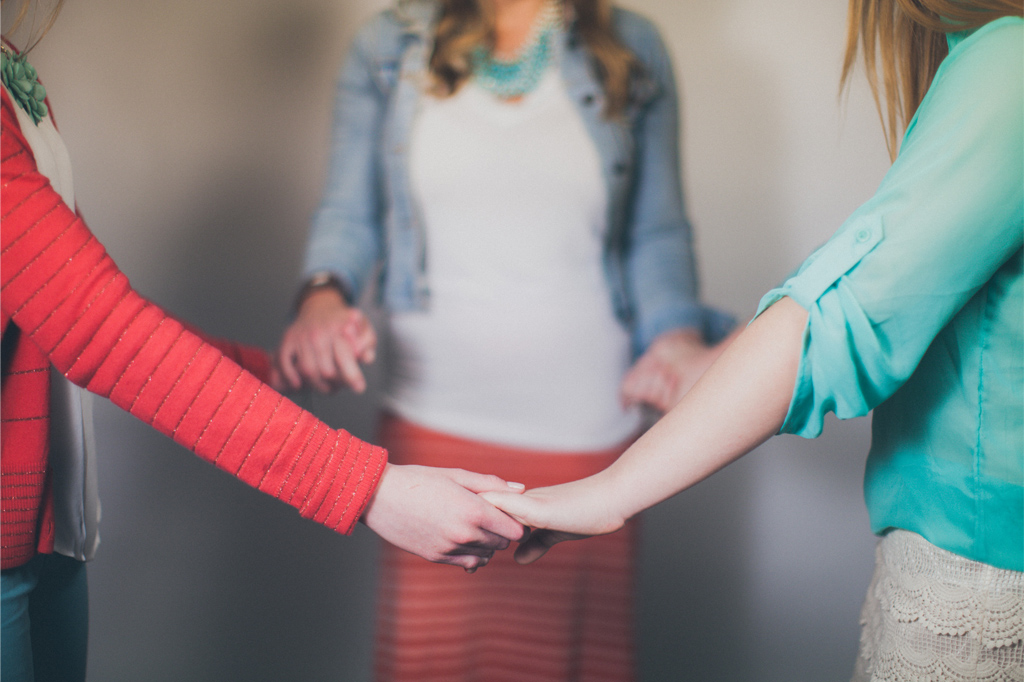 "He had to go through Samaria on the way. Eventually he came to the Samaritan village of Sychar, near the field that Jacob gave to his son Joseph. Jacob’s well was there; and Jesus, tired from the long walk, sat wearily beside the well about noontime. Soon a Samaritan woman came to draw water, and Jesus said to her, 'Please give me a drink.' He was alone at the time because his disciples had gone into the village to buy some food." The woman was surprised, for Jews refuse to have anything to do with Samaritans. She said to Jesus, “You are a Jew, and I am a Samaritan woman. Why are you asking me for a drink?' Jesus replied, 'If you only knew the gift God has for you and who you are speaking to, you would ask me, and I would give you living water.'” John 4:4-10

Though most of our personal evangelism probably happens in the context of some kind of relationship (friend, family member, co-worker, neighbor, classmate, teammate, etc) there are countless opportunities we have throughout our lives to engage complete strangers with the good news, just like Jesus did with the Samaritan woman in John 4.

To miss those opportunities is to miss the hand of God in our everyday lives. I believe that he is constantly orchestrating "accidental" moments where intentional Gospel conversations can take place.

After the woman at the well went back to town to proclaim her newfound faith in Christ he told his astounded disciples (a rabbi would never talk to a woman in this culture, let alone a Samaritan woman like Jesus did), "You know the saying, 'Four months between planting and harvest.’ But I say, wake up and look around. The fields are already ripe for harvest" John 4:35. In the same way we must wake up and look around to see the ripe harvest field around us everyday…at the coffee shop we frequent, in the grocery store we shop at, at the baseball game we're watching, etc.

I decided to get even more intentional about it last weekend. I took a small group of teenagers and a few other adults to a large shopping mall in the area last Sunday afternoon. We went there praying that God would open up Gospel conversions with complete strangers in the time we were there. And boy did he ever! Between the eight of us we engaged in at least thirty conversations! Many of these were deep and meaningful and, I believe, truly made an impact.

One of the teenagers I took was my own 14 year old son Jeremy. He goes to a Christian school and has already engaged all of his neighborhood friends with the message of Jesus. So I thought I'd take him and some buddies out to do some good old fashioned direct contact evangelism. The whole process reminded me of the hidden blessings of sharing the good news with complete strangers.

The Gospel is like a grenade. It doesn't matter who pulls the pin, it's gonna blow up! There's something inherently powerful about the message of Jesus, so much so that most of the evangelism you read about in the New Testament centers around Jesus and the disciples reaching complete strangers with the good news. They were fisherman, tax collectors, everyday Joes and Jolenes who needed the message of hope.

Those kinds of people are all around us today. In this high stress, low hope culture people need the Gospel message now more than ever.

Before I proceed I'd like to make a quick caveat because I understand that we're called to make disciples (not just converts) and I'm convinced that disciples can best be made in the context of a relationship. So I believe that a huge part of our evangelistic efforts should center around people we know and are getting to know. Because once they come to Christ we can help them grow in Christ so they can make more disciples. That's hard to do if we don't have a pre-existing relationship. I actually wrote an entire post on this called "Does street evangelism really work" a few years back for my good friend Jonathan McKee.

Having said that I've seen God do some unbelievable miracles in the context of "stranger danger" evangelism. Almost twenty years ago I gave a drunk guy named Kevin a brand new More than a Carpenter book after fruitlessly trying to share Jesus with him and his drinking buddies. Between the F-bombs he promised to read it. Ten years later he walked into my office and threw that now marked up edition of Josh McDowell's classic book on my desk. He said, "I read it. I trusted in Jesus. And now I carry forty of those in the trunk of my car to hand out to the young people I meet."

I would have totally missed that opportunity if I could only share the Gospel with him in the context of a relationship. The only reason I shared the message is because God put him and his two drunk friends on my heart as I walked past them at a shopping mall. I saw them there, obviously drunk, and God just moved in me to tell these complete strangers about Jesus.

It seemed like a complete bomb at the time. I remember thinking to myself that I just wasted that perfectly good book on a guy who will never read it. Boy was I wrong!

Who knows how many will be in heaven as a result of us scattering seeds of hope wherever we go? God knows! And someday, on the other side of eternity, we will meet them and be shocked at the difference all those conversations made!

Another blessing, especially of taking teenagers out to share the good news with strangers, is that they are forced to rely on God. I watched as my son and a friend circle the food court two full times, trying to get up the courage to engage someone about Jesus. He eventually had the opportunity to talk to some teenagers. In those moments leading up to this Jeremy was relying on God to give him courage and opportunity. Not only did he help bring someone else into the kingdom but he himself was transformed a little more into the King's likeness. He was owning the Gospel that he was proclaiming. He was growing in his faith at an accelerated pace.

I'd usually kick off the conversation for them and then say something like, "I'll let _____________ explain more to you." Then I'd let them share the Gospel. Some of them used the Life in 6 Words app (which works great by the way!) Others just started asking questions and engaged a Gospel conversation. They did great! I'd jump in if they need it but, for the most part, I tried to let them navigate the conversation on their own. It's hard to do this level of coaching in a role playing situation within the safety of a youth room full of Christians. But in a shopping mall or skate park it's powerful and practical!

I'll never forget the last group of teenagers my son and I talked to on Sunday. One of the young ladies had tears in her eyes as she listened to the Gospel message. You could sense the pain in her soul as Jeremy began explaining the Gospel. By the end she put her faith in Jesus along with her friends and Jeremy invited her to youth group so that she could begin growing in her faith.

Will they come? I don't know. What I do know is that seeds were planted and lives were impacted.

Maybe in ten years she'll walk up to Jeremy and said, "Ten years ago you told me a message that changed everything for me!"

Let's share Jesus with those we know. Let's invest in them and introduce them to the Lord. But let's lift up our eyes and look around at the harvest all around us all the time.