Powerful Lessons I learned from walking where Jesus walked (PART 2) 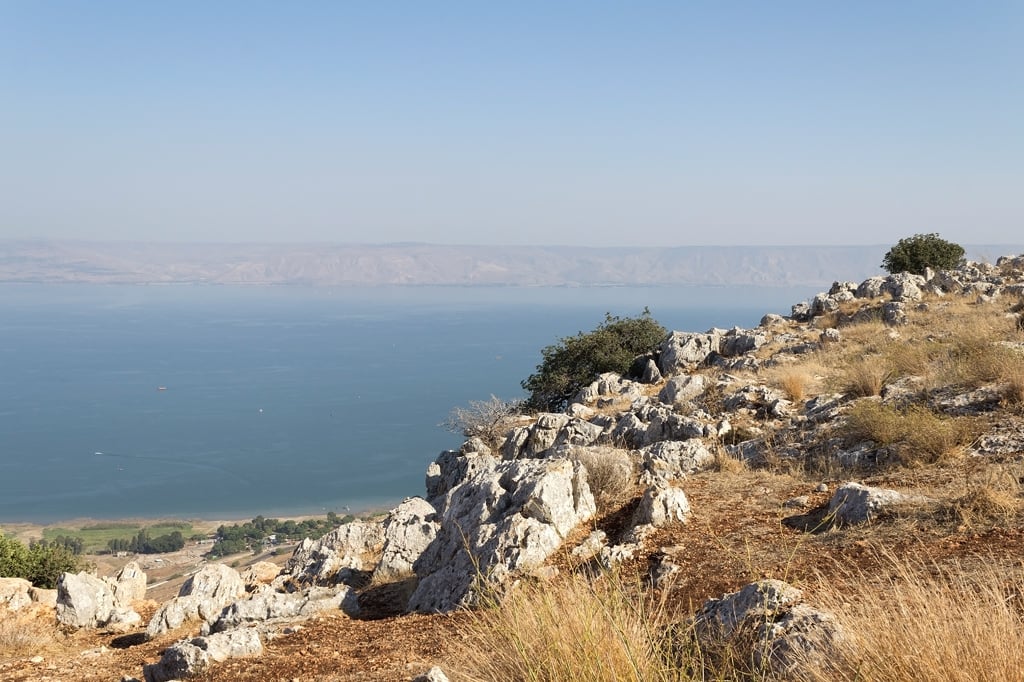 In my previous post I talked about three of the lessons I learned on my trip to Israel last week with 200 other ministry leaders from around the world. We literally walked where Jesus walked and got a crash course in his life and ministry from Dr. Dann Spader and his world class crew from the Global Youth Initiative.

Here are two more lesson I learned on this game-changing trip...

4. Women play a central role in advancing the Gospel.

When Michele Montenegro, Director of Women's SonLife Latin America, took the stand in The "Duc in Altum" ("Into the Deep") church in Magdala we were poised for something powerful. After all the huge windows behind her gave us a spectacular view of the Sea of ??Galilee. And this small town was the home of Mary Magdalene, the devoted follower of Jesus who had been set free from demon possession.

We all received pink pens when we came into the room. Michelle then told us that, as a woman, she was very interested in how many women traveled with Jesus as disciples (and disciple makers) during his ministry. In her own studies of the Gospels she had begun to use a pink pen every time a female disciple appeared. She was surprised by how much she found.

One of the "pinkest" passages in the Gospels is found in Luke 8:1-3, "After this, Jesus traveled about from one town and village to another, proclaiming the good news of the kingdom of God. The Twelve were with him, and also some women who had been cured of evil spirits and diseases: Mary (called Magdalene) from whom seven demons had come out; Joanna the wife of Chuza, the manager of Herod’s household; Susanna; and many others. These women were helping to support them out of their own means."

Michele went on to make a strong Biblical case from a few other passages as to how central women were to the discipleship multiplication process in the Gospels. She made the case how these key women may have been discipling the women while the twelve apostles were preaching to the crowds. This clicked theologically for me because it would be unthinkable for a Jewish man to disciple a Jewish woman in this culture. Could it be that these women who traveled with Jesus, like the other male disciples, were making and multiplying disciples along the way?

I know at the ministry of Dare 2 Share women play a key role and will continue to do so in the future. Michele's talk really helped me understand the centrality of women to the plan of Jesus and made my mind reel with the possibilities for our future at Dare 2 Share.

"One day Jesus said to his disciples, 'Let us go over to the other side of the lake.' So they got into a boat and set out." Luke 8:22

When Benjamin Francis (who has been used by God to help plant 16,000 churches globally!!!) spoke on what it meant to the disciples to go to "the other side" it was packed full of meaning. Why? Because on the other side of the Sea of Galilee was a pagan region full of lost Gentiles! On "the other side" was the demoniac who chased away locals and visitors alike! On "the other side" were thousands of pigs (which Jews detested as unclean!)

But it's straight into this dangerous mix that Jesus takes his disciples!

What is "the other side" that Jesus is taking you and your ministry to? This is a question that Benjamin forced me to wrestle with (and I'm still wrestling!) But God is making it clearer and clearer as we are readying ourselves to "step into the boat" and set sail for his vision for our ministry. Core to that vision is mobilizing 30,000 Gospel Advancing ministries to equip their teenagers to engage every teenager in North America in Gospel conversations by 2025. But I'm convinced this is just the beginning! I think God has so much more in store as we go to "the other side" with Jesus!

What is "the other side" Jesus is calling you to go to?

These are just some of the lessons God taught me through my trip to Israel. Stay tuned as we unpack more and more over the weeks and months to come!