On the Sea of Galilee 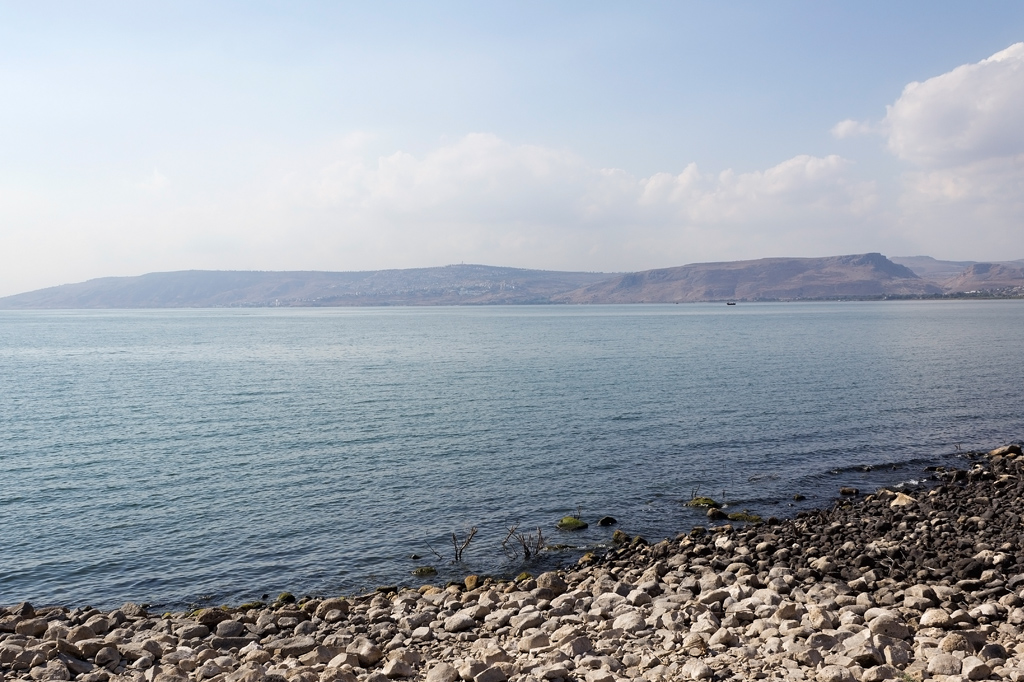 "Immediately Jesus made the disciples get in the boat and go on ahead of him to the other side, while he dismissed the crowd. After he had dismissed them, he went up on a mountainside to pray. Later that night, he was there alone, and the boat was already a considerable distance from land, buffeted by the waves becauuse the wind was against it. Shortly before dawn Jesus went out to them, walking on the lake. When the disciples saw hm walking on the lake, they were terrified. 'It's a ghost' they said and cried out in fear. But Jesus immediately said to them, 'Take couage! It is I. Don't be afraid.' 'Lord, if it's you' Peter replied, 'tell me to come to you on the water.' 'Come' he said." Matthew 14:22-29

It was wild, weird and wonderful to be on the Sea of Galilee with 200 other ministry leaders from 55 countries today. We went into the middle of the body of water (which is surprisingly small by the way), tied our two boats together and heard a great talk from Don Roscoe on Jesus' interactions with the beautiful and tempestuous body of water.

We found out the storms come suddenly and powerfully on the Sea of Galilee. In 1990 there was one storm that send ten foot high waves into the city of Tiberious and caused significant damage this ancient and beautiful town.

I discovered all about the region of the demoniac (whom Jesus healed), the significance of what it meant to go to "the other side" of the lake (which represented leaving the Jewish culture into the pagan world of the Romans) and how Jesus lived Capernaum, which had a view of the Jews (on the Tiberius side of the lake) and, now modern Kursi (which was filled with paganism.)

Sonlife veteran, Don Roscoe, then shared with us something that really ministered deeply to my heart regarding Jesus walking on the water. He told us that when the disciples freaked out because they thought Jesus was a ghost (many considered this lake haunted) and told them "Take courage it is I" that "it is I" could be translated "I am."

That's when Peter jumped out of the boat. Nobody else got the connection. But when this rugged fisherman heard Jesus' words he hurtled over the edge of the boat and began walking on water.

Let us, like Peter, truly believe that he is I AM and jump out of the boat. Let us, unlike Peter, keep our eyes fixed on Jesus instead of the waves that are raging around us.

He is I AM so go ahead and jump!