I miss you mom 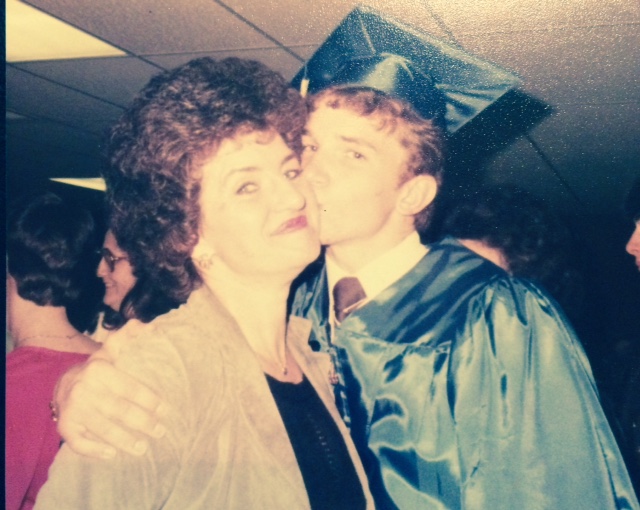 This is the 11th Mother's Day I've celebrated without my mom. She went to be with the Lord after a painful battle against cancer. My mom was a tough and tender lady. She was so tough that many people couldn't see past it. But those who knew her best saw her heart of gold. She would give her stuff away to anyone who genuinely needed it and did so many times.

My mom in many ways was like the woman at the well…but with a baseball bat. She had been married at least four times and I was born out of wedlock. But, more than just a partier, she was fighter. She carried a bat and used it from time to time. She had five body-building brothers who were tough as nails so she knew how to fight…and often did.

I'll never forget when she took the Louisville Slugger we kept behind our front door, ran out to the street and waylaid a new car driven by a husband who had left her. She shattered windows and mirrors and dented the body badly. When he tried to stop her she dented him pretty good too. That was one of my most vivid childhood memories.

From that moment on when my mom said to make my bed I did.

She threw fists with her brothers, went dancing with a member of the mafia (at the Shangri-la) and worked hard at whatever job she was working at the time…all the while trying to raise two boys in a broken, high crime area of our city.

At times mom would just burst into tears and start bellowing to me and my brother, "I don't want you to turn out to be a bum like me!"

For years my brother and I tried to lead her to Christ but she would always say, "You don't know the things I've done wrong." We did know but we never acknowledged it to mom. We just kept offering her the message of grace that we both had received.

I'll never forget the day she trusted in Jesus. She was smoking at the kitchen table when I plopped my 15 year old self down in front of her and explained the Gospel once again to her. She asked, "You mean to tell me that all I have to do is to put my faith in Jesus and I'm forgiven for all my sins?" I quoted Jesus' own words from John 6:47 and assured her that that was the case. She put her faith in Jesus right there. Then I asked her the question, "So where are you going when you die ma?" She answered, "I'm going to heaven cigarettes and all!" After cracking up I reminded her that heaven was non-smoking. :)

I'm not saying that, from that moment on, it was all sunshine and roses. But something shifted in her soul that day. She was on a trajectory of transformation because she finally received the forgiveness she so desperately craved.

Mom was proud of me and my brother. She cheered us on every step of the way. But she had no problem calling us out when we were jerks. I'll never forget when my wife and I were first married and were in a pretty intense time of arguing, mom called me up on the phone and bluntly told me, "I know you and Debbie are fighting a lot and I love you. But, and I mean this from the bottom of my heart, I like her more. So work it out."

Then there was the time I was preaching in church and asked the question, "How many of you struggle with bitterness?" Mom yelled out, "I do everyday!" I responded, "Ma! That's a rhetorical question!" She yelled, "Don't ask the stinkin' question if you don't want the stinkin' answer!" Then she looked at the stunned audience and loudly asked "RIGHT???" to which they erupted in applause.

Believe me I could go on and on telling stories about my mom. They seem unbelievable but it was her that was unbelievable. I've never met anybody like my mom before. She was a tour de force.

Yesterday was a big day for me. I was privileged to deliver the commencement speech to my Alma Mater, Colorado Christian University. I was privileged to be given an honorary doctorate from CCU by President Bill Armstrong, one of my heroes in life and ministry. I was truly humbled by this amazing honor (but, unfortunately, did not get any smarter after receiving it!)

As I think about what happened yesterday I can't help but wonder if mom could see the festivities from heaven. I can't help but imagine my mom scaling the pearly gates and peering down to the earth yelling out to all the angels and saints around her, "That's my son!"

I miss you mom. I miss you especially today. I'm so grateful for a wife who is an amazing mom to our kids. I'm thankful for a mother-in-law who has been a great mom as well! But, on this Mother's Day I am especially grateful for you mom. In spite of all the challenges you faced and struggles you had, you loved me and Doug with all of your heart.

And, although you are not with us anymore, you're basking in the presence of the Lord Jesus Christ.

Can't wait to see you again!