Find your calling but embrace your current 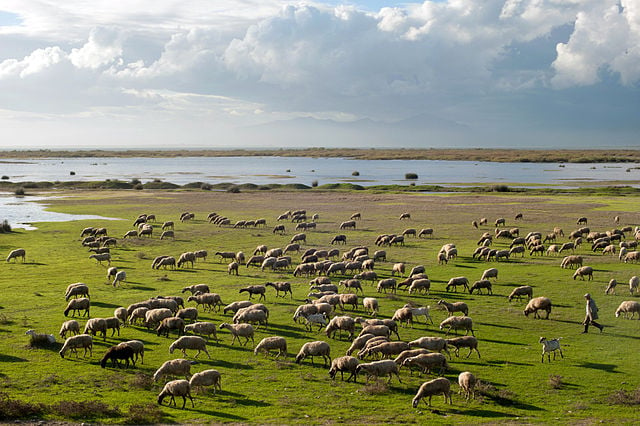 "So Jesse brought seven more of his sons to Samuel, but Samuel told Jesse, 'The Lord has not chosen any of these. Are these all the sons you have?''There’s still the youngest one,' Jesse answered. 'He’s tending the sheep.' Samuel told Jesse, 'Send someone to get him. We won’t continue until he gets here.' So Jesse sent for him. He had a healthy complexion, attractive eyes, and a handsome appearance. The Lord said, 'Go ahead, anoint him. He is the one.' Samuel took the flask of olive oil and anointed David in the presence of his brothers. The Lord’s Spirit came over David and stayed with him from that day on." 1 Samuel 16:10-13

David may have well been only 13 years old when this amazing anointing took place (much to the surprise of his dad and older brothers I'm sure.) He was the ruddy runt of the litter who was probably too young too shave. But God chose this smelly shepherd boy to be the next king of Israel.

Can you imagine what it must have been like when Samuel left the house? David probably stood there, covered in anointing oil, awkwardly looking at his awe-struck and jealous older brothers. What did he do next? Did he thumb his nose at them and kick back in his dad's La-Z-Boy, flexing his kingly muscles prematurely? No, he went back to the sheep and tended them just like he did before.

It was in the back meadows of Bethlehem where David learned to swing his sling and strum his guitar. It's where he learned to write poetry (which we enjoy today in a little book called "Psalms.") It's where he became a warrior/poet and embraced God as the epicenter of his young life. To David shepherding was just another guitar, another way to praise God in preparation for his future vocation.

David had found his calling (King) but he embraced his current situation (shepherd.)

That one sentence totally changed my perspective. I began to look at roofing as how God was preparing me for my calling. Just like God used shepherding sheep to prepare David to shepherd Israel, God was using roofing to teach me how to hammer through what it means to energize a generation to evangelize their world through the ministry I currently lead, Dare 2 Share.

You have been anointed too. I John 2:27 reminds us believers, "The anointing you received from Christ lives in you. You don’t need anyone to teach you something else. Instead, Christ’s anointing teaches you about everything." It wasn't a mere prophet like Samuel who has anointed you but Jesus Christ himself!

Maybe you've been called to be a roofer, construction worker or even shepherd. Whatever you've been anointed to do God wants to use you in powerful ways to advance his kingdom! Some of the greatest kingdom advancers I know work in the "real world" doing "real work" with "real people."

In the same way whatever your current situation work at it with all your heart in the power of Christ for the glory of God. Over the years as God steers you toward your ultimate calling he will use all those lessons learned to unleash you to make a maximum impact for his kingdom.

Take it from a former roofer.