Powerful lessons I learned from walking where Jesus walked (PART 1) 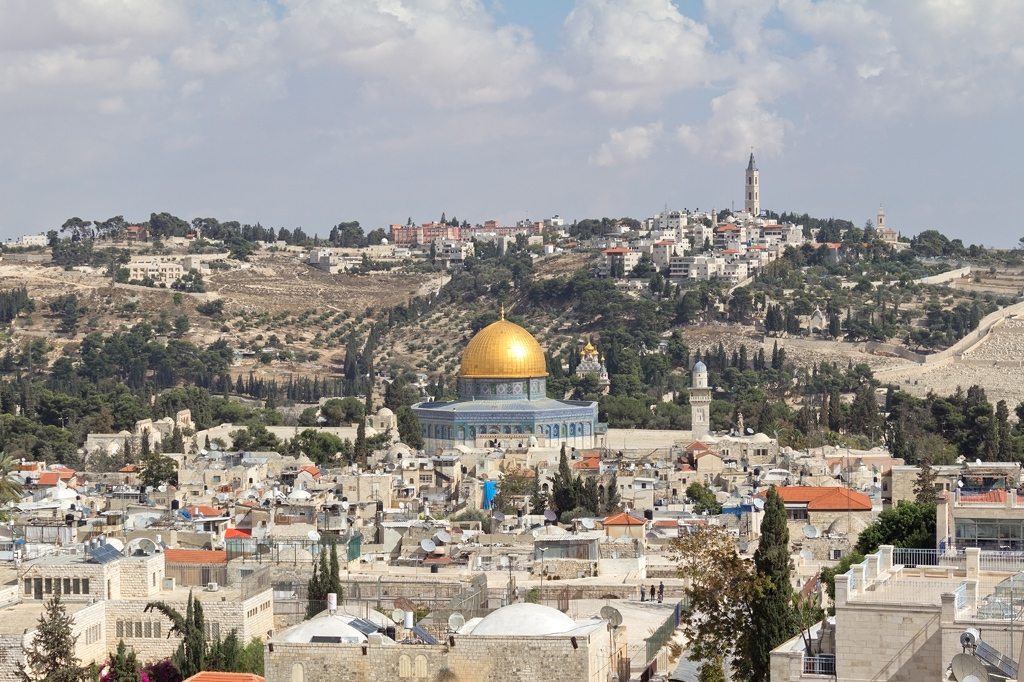 I just got back from a nine day trip to Israel with almost 200 other ministry leaders from 53 different countries. We were there with the Global Youth Initiative. On this once-in-a-lifetime caliber trip we were able to connect with ministry leaders from around the globe who were all committed to disciple multiplication and, at the same time, learn from Dr. Dann Spader and many other national leaders about the life and ministry of Jesus.

It's been both exhausting and exhilarating as we've learned, shared and compared war wounds with other gospel-advancing leaders from around the world. And seeing where Jesus walked has forever changed the way I view the Gospels and book of Acts. It's the difference between a charcoal sketching and a 3D movie.

With this as a backdrop here are 7 powerful lessons I learned from walking where Jesus walked for the last nine days:

1. Focus on the few in your small area.

The first thing I noticed when I saw the Sea of Galilee for the first time was how small it is. Because it is by far the largest fresh water lake in the area (and there is no Hebrew word for "lake") the Jews called it a "sea." It is 13 miles long and, at it's widest, only 8 miles wide. The area where Jesus primarily ministered was on the west side of the Sea of Galilee. You can easily see across it and can imagine who Jesus could view his disciples struggling in a storm.

But it was primarily in this tiny area where Jesus did the vast majority of his ministry. It's where he equipped his disciples for ministry and taught them the lessons that would form the basis for the early church. Jesus focused on a few in a small strip of land and, through those handful of fishy smelling disciples, took the good news across the globe.

We, too, can make a big difference if we, like Jesus, focus on the few. Like a magnifying glass in the sun can be used to start a large fire we can, through the power of the Spirit, focus our energies on a small area and see God ignite a movement beyond what we could ever imagine.

Two weeks before we took the four mile hike through the Wadi Qelt wilderness area (where most scholars believe Jesus was tempted) a lady tragically fell to her death off of one of the many sheer drop cliffs. It wasn't even technically summer yet but we were all hot and thirsty. You could tell that this wouldn't be the kind of place you would want to be at during the night, especially all by yourself. Here there were wild animals and knife wielding robbers.

But for 40 days and nights Jesus wrestled with the Father in prayer at the beginning of his ministry. I'm convinced that it was during this time he received his marching orders from God for his 3.5 year ministry. It was here that he developed his strategy of disciple multiplication. It was here that his faith was tested and proven true as he faced the triple-threat of Satanic temptations fully depending on the Spirit who filled him.

When we are in the wilderness of temptation it can either derail us or transform us. We must embrace our trials and temptations as opportunities to get our marching orders from God as we trust in his indwelling Spirit to give us the power to be victorious.

3. Bravely go to the worst of the worst to advance the church!

Standing there in Caesarea Philippi where Jesus proclaimed to Peter, "On this rock I will build my church and the gates of hell will not prevail against it" was a powerful experience for me.

There is a cave in this region known as "The Gates of Hell." It is said to have been a place of pagan worship and even child sacrifice. From this cave it was rumored demons and evil spirits would be released to terrorize the earth. This area of Israel is somewhere that no decent Jew would ever want to be associated with publicly.

So why in the world would Jesus pick this dark place as a place to challenge his disciples? Why would Jesus use this scary looking cave as an illustration?

This gives me confidence to keep going to the bad, the broken, the bullied and the bullies to bring the message of Jesus Christ. He will build his church with broken lives who've been rescued and restored from the very gates of hell!

Walking where Jesus walked with 200 other ministry leaders was an indescribable blessing. I learned so much and made many good friends in the process.

Stay tuned for more lessons from my nine day trip to Israel!