Find me on:
Facebook Twitter
As the legendary Billy Graham is laid to rest today in Charlotte, North Carolina I think the world is realizing how special he really was. He was a once-every-hundred-years type of preacher.
Billy Graham preached to over 200 million people (not counting his televised outreaches) and reached millions upon millions with the Gospel of Jesus Christ. God used him to reach more people for Christ than any preacher in the history of the church!
As a teenager I used to watch his televised outreaches (called "crusades" back then) in awe. I marveled how God used this lanky preacher with an iron jaw and an aw-shucks drawl to shake the world with the Gospel of Jesus Christ. 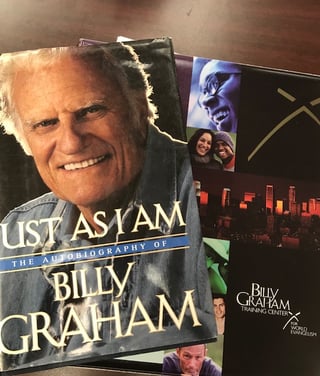